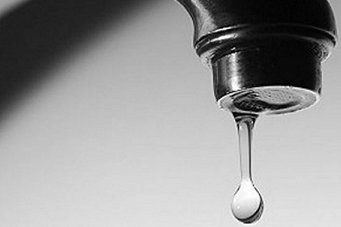 Our team of qualified plumbers can assist with jobs of all sizes. From simple tasks, such as a washer replacement on a leaking tap, right through to extensive kitchen and bathroom renovations. We can help diagnose leaky taps, lack of pressure, uneven temperature, noisy lines, and more.

Contact us today for a no obligation free quote.

If you have taps in your place of business, or home that need repairs, or even replacing, be sure to give us a call at Superior Plumbing. We have a dedicated team of qualified plumbing professionals, ready to take on any job, big or small. We can supply and fit, repair or even replace your taps – fast and without fuss.

All of our work is carried out in accordance with Australian Standards and our products are of the highest quality.

There are countless designs and finishes when it comes to taps, however when it comes to the actual internal mechanics, there are four main types – compression washer, mixer, disc and cartridge. Obviously one of the most common problems with taps are leaks.

Leaks can be caused by any number of reasons, such as incorrect installations, excessive pressure, worn washers and more. Before being able to diagnose the problem, you will need to determine what type of tap you have. Superior Plumbing have the experience, tooling and equipment to help you solve all your tap needs.

Here are the four main tap types, along with a basic overview of each. 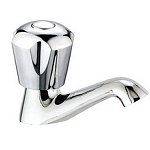 Compression taps are the most common type of tap and also the most problematic. Essentially, a washer tap works by positioning a washer covered nut up against the seat, which controls water flow. Compression taps always have separate hot and cold water taps. 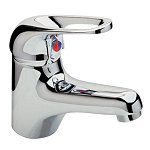 Mixer taps have certainly become more popular over the years due to their stylish design and ease of use. Mixer taps are recognisable by their single lever handle and rounded cap. Both hot and cold water supply is controlled by the same handle. Essentially the mechanism works by rotating the ball joint, and lining up different holes to allow water to pass. 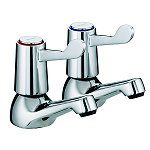 Ceramic disc taps are also single handle mixer taps and are distinguishable by their often wide cylindrical body. These type of taps work by using two ceramic disks which have holes that, when aligned, allow water flow. Disc taps are often desirable as they’re much easier to use as opposed to more traditional type taps – in particular, compression taps. 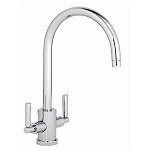 Cartridge taps are often difficult to spot as there’s no real way of knowing what type of tap you have until you disassemble the unit. Cartridge taps have an internal cartridge which, when twisted, permits water flow. Cartridge taps can be either single or double handled and are often used in kitchen settings.

Noise transmission is when sound, such as banging, is transferred into the wall of a water pipe. It is more common in iron and copper pipes (compared to plastic) as metal amplifies the noise.

Water hammer is a banging or vibrating sound that is often quite loud depending upon its severity. Water hammer usually occurs when a tap or valve is suddenly closed, which causes hydraulic shock waves to be transmitted through the pipe. This results in an often unsettling loud banging noise which can often echo throughout the property.

Taps with low water pressure over time can prove nothing but frustrating. A slight trickle from the bathroom basin, less than satisfying showers, and garden hoses that literally just dribble. Daily frustrations such as these might seem trivial, but they are easily fixable. Often, taps with low water pressure are the result of a leaky pipe, faulty plumbing designs or blocked pipes.

Of course, if you’re experiencing any issues with taps in your property, then be sure to give us a call at Superior Plumbing. We will resolve your tap issues, quickly, efficiently and without fuss. We can also assist with all your tap maintenance and plumbing needs.

Why Replace Your Leaking Taps

It’s been estimated that a dripping tap over a one year period can waste up to 30,000 litres of precious water. Not only is this incredibly wasteful, but costly too. Dripping taps might seem trivial or annoying at best, however if left unrepaired, a problem like this can quickly escalate into something much more problematic.

Something as simple as replacing a washer, if not done when needed may result in complete failure of the fixture, which can then of course result in extensive water damage to property and belongings. Don’t let this happen to you.

Our dedicated team of tap plumbing professionals can easily repair, service and replace any leaking or stiff taps quickly and efficiently. In addition to repairs, our friendly plumbers can also supply and install all makes and models of new taps for you. We carry a selection of taps in all of our service vehicles for your convenience.

So if you need assistance with your taps, give us a call. We can help you with – 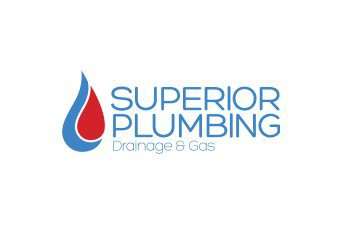 We respect your time and appreciate your business. We believe in performing all jobs quickly, and with the highest standards. This is why all of our vans are fully equipped with high quality materials to get the job done – without having to visit suppliers and charge you for the additional time.

Our technicians are highly knowledgeable and experienced to ensure you get the best service. All of our work is backed with a 100% guarantee, and most importantly of all – we make sure to clean up once we’re done, so that your place is left the same way we found it.

Give us a call today to see how we can help. 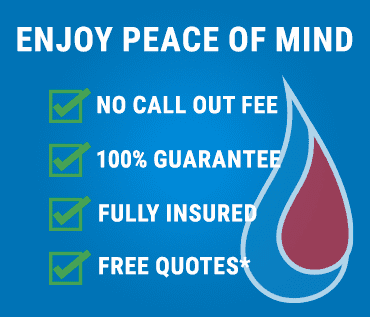 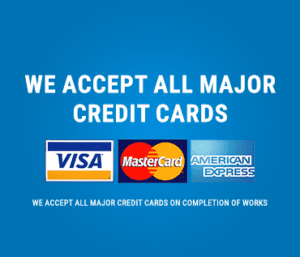 Simply the top plumbing guys in the business ! Great customer service, very well organised and top quality workmanship.
Steve is a top guy and an expert in what he does!!! He will answer queries tirelessly (we had to ask him a lot because of the complication of the job).
Can't appreciate enough...highly recommended !

Great service! The team clearly communicated the findings, the proposed solution and costs. We have gone through several plumbers in Perth for renovations and these guys are now on the top of our list. We will certainly use the team again.

Steve and his team have been fantastic to deal with, from beginning to end. Subdivision can be a painful process but Superior Plumbing Drainage & Gas were efficient, professional, affordable and well presented. Highly recommend.

Discovered superior drainage from google search following blockup of our drains to sewer. Called up at 1800 and got a call back from Steve arranging to come round first thing 0700 next morning. Unblocking job went flawlessly, Steve is a very hard worker who runs Superior as his own family business. He is very determined to succeed and deliver a good service to the customer which he absolutely did here. He really helped us out and he is a breath of fresh air compared to other tradesmen around Perth. I highly recommend him to anyone reading this review and will be recommending him to my neighbours too. Thanks Steve

Very prompt with replies, professional and courteous.
Job scheduled and done on time at a very reasonable price. Will be using Steve's services again in future!

I would definitely use Superior Plumbing Drainage & Gas again. I rang Steve about my blocked toilet on Wed 5th Dec. He booked Michael to do a camera inspection the next day. Michael arrived promptly at 7:00am and went to work with his camera discovering a plastic disc was blocking up the toilet. Michael tried various methods to dislodge the disc including using his drain machine which cleared the blockage. I couldn't be happier with the outcome. Much better than replacing the toilet. Well done Michael and thank you!

Steve and the guy's, completly re-did the main drain for me in record time and on budget. Had my faith restored in plumbers, Steve's honest appraisal of the situation (which was catastrophic) when he took it on, at very short notice, only shows the integrity he brings to the table. My great thanks again to Steve and his great crew

Steve and his team completed an at times challenging sewer upgrade job, and at all times they kept us informed of what they were up to. Always knocked on the door each day before entering the property, and they did what they said they would do, and did it well. Recommend to anyone.

Steve and his boys are super efficient and polite. Called them on last Thursday, they got the job done on Friday morning! They charge less price than others!

Extremely happy with their service, this was the second time we have used their wonderful service, will definitely use their service again and again and will recommend to friends too.

Steve is always so quick to respond to our enquiries and him and his team are always prompt and professional on the job, with great results.

Very impressed with this company. Had a clogged toilet, job was diagnosed and fixed within two hours of me first contacting them! Great communication, reasonable rates, can highly recommend.

Superb service dealing with our old troublesome drains. Fast (within a couple of hours) expert service at a sensible price. We could not be happier. Due to the age of our house and number of trees we have had several prior issues with blocked drains and nowhere near the service from other plumbers dealing with them compared to Steve from Superior Plumbing and Drainage.

Superior Plumbing is great. Steve gave me advice and solution. He and his team are reliable, competent, work fast and friendly. The issue has been fixed in the same day, and I am very satisfied with their work. I would highly recommend Superior Plumbing

Steve and the Plumbers at Superior Plumbing were quick, efficient, polite, competitive in price, and left the place clean and tidy. They explained everything they needed to do and replies to emails were prompt. Excellent work. Very highly recommended.

I thoroughly recommend Steve and the team at Superior Plumbing Drainage and Gas. They provide an honest, efficient, reliable and professional service. Steve is always accommodating when you require urgent attention and he keeps you informed along the way whether it be to do with the teams arrival or the requirements of the job itself. He's a very trustworthy guy who has the customers best interests at heart.

Steve; Thank you so much for your prompt, efficient and friendly service. You're now our 'go-to' plumber :-) Great customer service from both Steve and reception. And, you were more than $100 cheaper than our other quote. Much appreciated Steve. Greg Cole

I used Superior Plumbing for our subdivision in Mosman Park. I only went with Superior Plumbing based on their google reviews. Steve & his team were fantastic. Superior Plumbing were considerably less than the other quotes I received. Steve was very patient with us & explained in full the details of what needed to be done. He also personally visited the site before we signed. Answered every email & call from me. Very professional, fast & was finished to a high standard. Highly recommend!